I Drink Therefore I Am 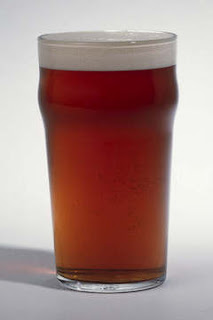 Beer goes with stuff. This is what writers are discovering.  British writer Pete Brown has entertainingly linked different beers with music. Stephen Beaumont rhapsodically matches ales and food. Never one to allow a bandwagon to remain unjumped-upon, here’s my contribution to this new genre: matching beers with Western philosophers. (And occasionally Eastern ones)

DESCARTES     Has to be Belgian Duvel beer. A glug of its mind-blowingly complex flavours and thumping 8.5% ABV strength induces delirium. Mutter “I think therefore I am” and you’ll regain consciousness quickly for glug no. 2.

GANDHI           A pint of refreshing Nethergate Umbel is ideal after a long hot dusty day’s trudge in your sandals. If yet another punter asks  “Please, Guru, let me sit at your feet while you explain to me your doctrine of non-violence” its moderate 3.9% ABV strength helps you resist the urge to punch them in the mouth.

KARL MARX     What else but Tetley’s Bitter, the ultimate working man’s beer? Medium strength, you’ll be able to knock back a few and still have the volition to storm a palace or two.

NEITZSCHE      The proponent of the Superman deserves nothing less than the world’s strongest beer, Schorschbock 57. If you want to shed your meek Clark Kent persona and turn into the Man of Steel, a stein of this, at atom-splitting 57.5% ABV, is better than popping into a phone booth.

HEGEL             His big idea was the dialectic – a clash of crazy opposites (thesis and antithesis). His beer has to be Belgian Kriek which merges beer and cherries. And leads to the satisfying synthesis of getting you pissed.

ADAM SMITH   the theorist of capitalism with “The Wealth of Nations.” His beer must be         Budweiser. The Busche family, who brew it, maybe aren’t a nation but have   become richer than one.

What do you mean, you’re not a philosopher? Drink more beer!
Posted by TonyK at 13:50