Don’t ask me nothin’ about nothin’, I might even give you the truth 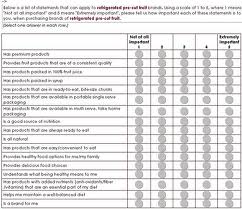 Market Research questionnaires - the end of the world as we know it...

Cold showers at the swimming pool today again. It was built five years ago and, for most of that time, showering’s been like being sprayed by hailstones. Then, as I was leaving, a woman waved a questionnaire under my nose. Just to add to the misery.
“We value your opinions,” she said. “It’ll only take three minutes.” “That means ten,” I grumped.  “Noooooo,” she purred, being careful not to say what she really meant: “You stupid old bastard.” I was about so say “So you don’t value my opinions, then,” when I remembered the showers. Here was my chance to air my voice. “OK then,” I muttered.
I was manhandled into a chair as she thrust some A4 sheets and a pen into my hands. The paper was covered with 8 point type from edge to edge. One blink and I was already in need of an aspirin. I turned the page over, afraid. The worst happened. It was double-sided.
I was invited to give my thoughts on the toilets, the courtesy of the staff, the efficiency of the staff, the cleanliness of the foyer, the cleanliness of the poolside area, the ease of use, the quality of the food, the value for money of the food, the value for money of the pool, the courtesy of the food, the value for money of the courtesy, the edibility of the equipment, the supervisor’s tattoos, the inpenetrability of the attendants rap slang...
…all on a scale of one to five, where one means ecstatically brilliant and five means incitement to murder.
And on the second sheet, I was invited to mark the importance to me of all the above on a scale of one to five where one means…. I think you’ve got the picture.
Five days later I got to the end. There was not one question on the showers. “My main comment,” I told my inquisitor, “is that the showers are freezing and have been for five years.”
“That’s terrible” she purred.
“But that’s the only point I want to make,” I grunted, “the rest is bullshit.”
“Sorry,” she said, arranging her face into the sympathetic look policeman are trained to give when they have to tell someone their dog’s been run over, “it’s not on the questionnaire.”
That’s ten minutes – sorry, five days - of my life I won’t get back.