Nothing beats a good twiddle


Whatever happened to knobs?
Time was, if you wanted to turn up the telly, you’d amble over to the friendly box in the corner, fiddle with the dial and hey presto, you could hear what Bob Harris was saying. Ditto with the oven timer, though even technomoron me knew this wasn’t the best way to tune into “The Old Grey Whistle Test”.
But these days I have to fiddle with pointy sticks, glowing lights, tiny and icons the size of pinheads.  Knobs are solid. Turn one, you get more of something. Turn it the other way, you get less. That’s something I can understand. But press a remote button, you get a glow which leads to a beep which lights a screen which shows a notice saying “System error please refer to your service provider, whoever that is, not to us, because we haven’t a clue what’s gone wrong and frankly don’t give a f***”.
Last night it was warm in the comedy class I teach. I started to open the window. “Try the aircon” said an American student. “We haven’t got any” I replied. She gave me a look which said “Next you’ll be saying you don’t have running water” and pointed to the door.
Beside it was a small flat thing about the size of my brain after a couple of pints of ESB. For four weeks I hadn’t noticed it. It wasn’t something I could relate to in any way. It wasn’t a knob.
I said “Yeah, yeah” and strolled over to it with a casual gait which I hoped signified that all this was tediously elementary. The thing consisted of a display of lights and a row of buttons with icons of some type. I’d have been better off trying to decode the Rosetta Stone.
After about ten minutes of my silent struggle Ms America came over and pressed something or other. With a “whoosh!” the room went from sauna to icebox. “Wheey” she whooped and returned to her chair. Her look now said “Now you dare criticise my homework.”
Half an hour after the class finished I finally succeeded in turning the thing off. I don’t know how I did it. The forecast is for things to get a lot cooler. Frankly, I’m relieved. 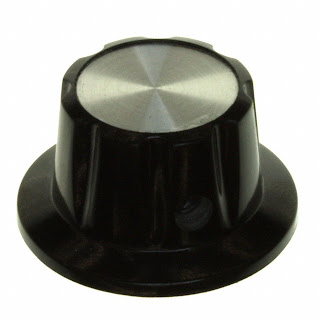 An ancient artefact. But what exactly was it for?